The Best (Non-Paintball) Episodes of Community

Dan Harmon's Community recently hit Netflix and whether you're a diehard fan or a newcomer to the genre-bending comedy series, the current global lockdown is the perfect excuse to mainline the entire series. The show's infamous paintball episodes (there are four of them) helped put them on the pop-culture map and they're a no-brainer highlight of the series, but there are plenty of other amazing entries in the Greendale canon. We're breaking down our favorite non-paintball episodes below: 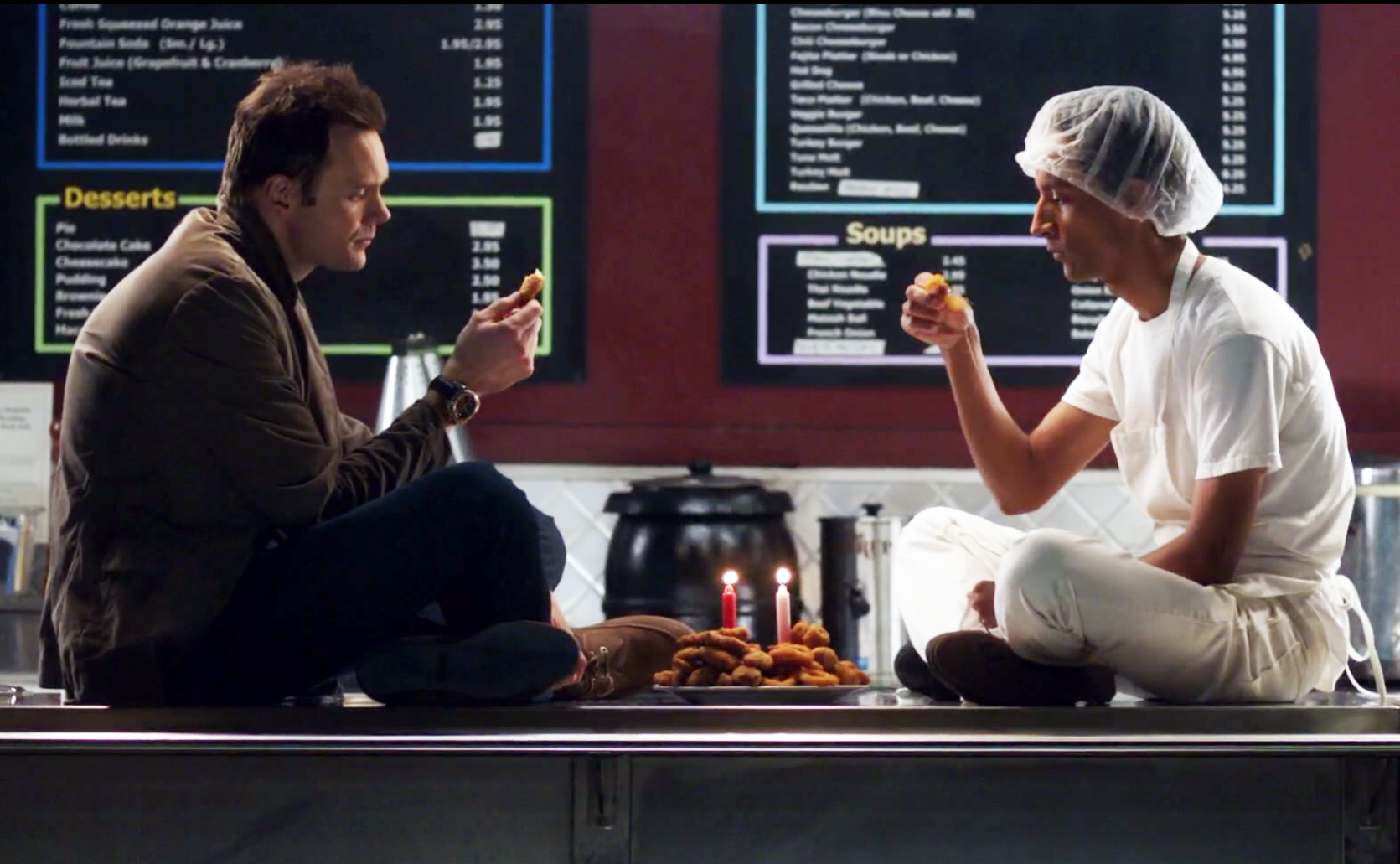 As with many comedy series, Season 1 takes a bit of time to really find its footing and figure out the cores of its various characters. While there are some great individual gags and moments early on, it's in Contemporary America Poultry that all of the show's various gears really click into place for the first time. Riffing on various mobster movies, particularly Goodfellas, Abed gets a job as a cafeteria fry cook so that the gang can get some tasty chicken fingers, which in turn gives them power and influence across the campus. It's the show's first attempt to focus an entire episode on a single genre riff and, given the elaborate levels of parody the show would eventually attain, it seems almost charmingly simple in retrospect. Nevertheless, it remains one of the show's most beloved episodes. 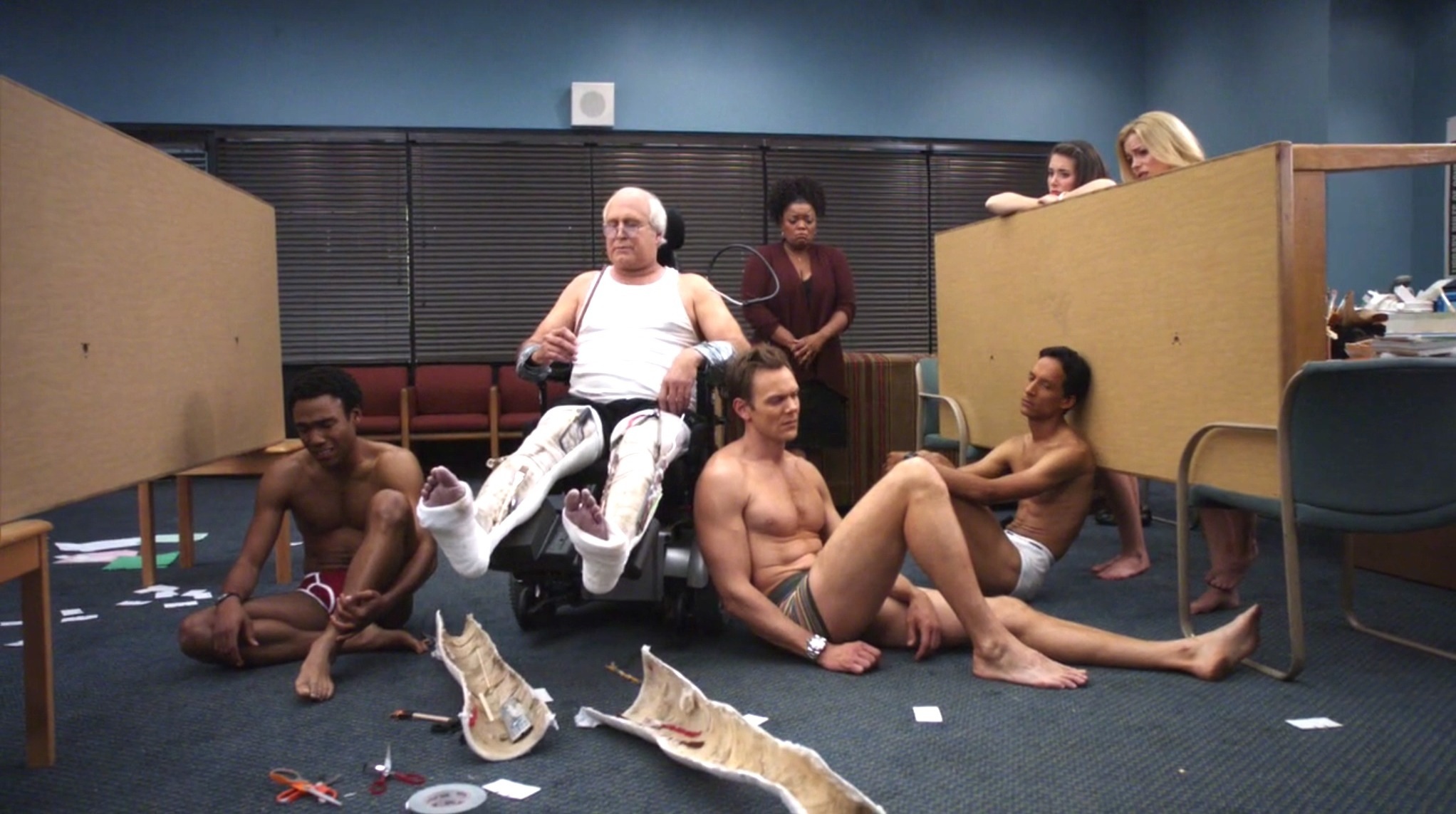 There's a puppy parade happening outside, but Annie forces the group to remain in the study room when she notices that another one of her purple pens has gone missing and she's determined to discover who's got the sticky fingers. Community loves to call out classic TV tropes and Cooperative Calligraphy is a play on the Bottle Episode, when a show sets an episode entirely in a single location...usually to save money. Bonus points for a great punchline to the pen theft which eventually gives way to a great running gag. 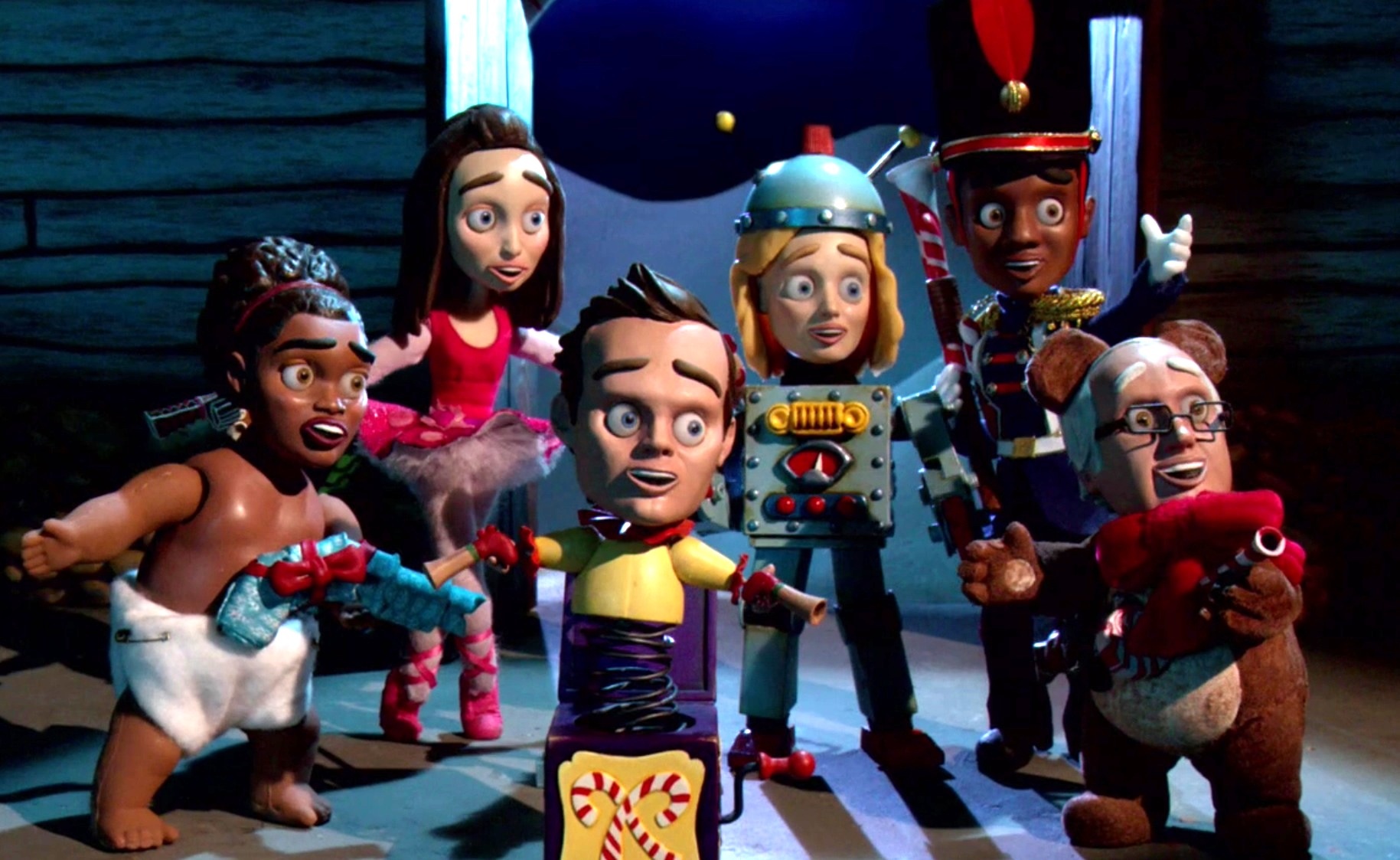 One of the show's most famous episodes - it's Christmas and Abed sees the world in the style of a Rankin & Bass claymation Christmas special. The commitment to the format and its technical challenges is impressive on its own, but the show manages to layer a poignant character backstory for Abed throughout some strong comedy beats - shoutout to the remote controlled Christmas pterodactyl. 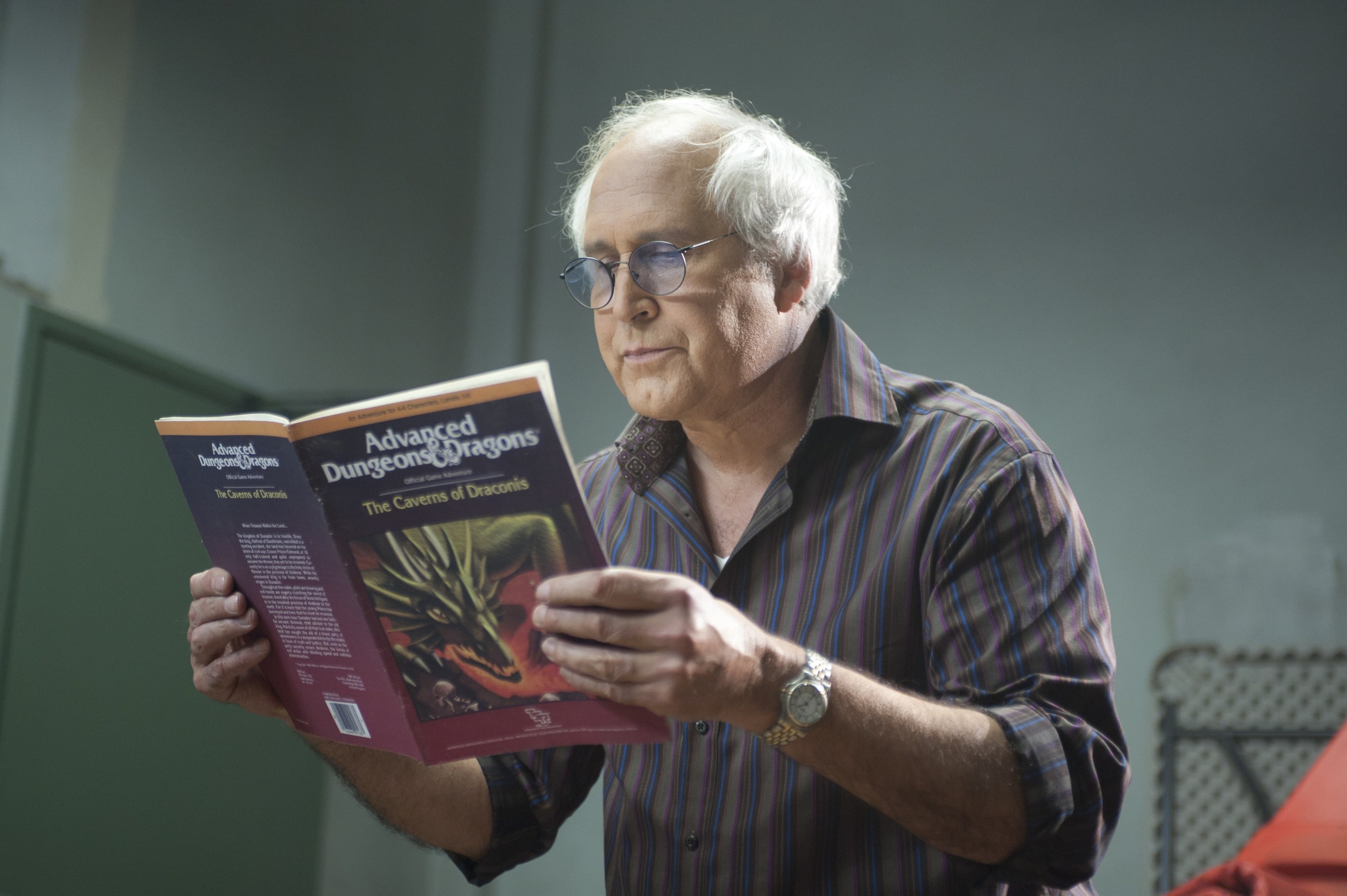 The gang plays Dungeons & Dragons to help bolster the spirits of possibly suicidal classmate Fat Neil. There's plenty of great comedy to be found within the bounds of live-action roleplaying (Annie's no-nonsense description of Hector The Well-Endowed's seduction of the elf maiden in order to purchase a group of Pegasi is particularly great) but this is also an exemplary use of Community's colorful collection of supporting characters, like Garrett, Leonard, Magnitude, and Star-Burns, each of whom gets a few moments to shine throughout the series run. Plus it's one of the best Chevy-as-a-villain stories in the whole show. 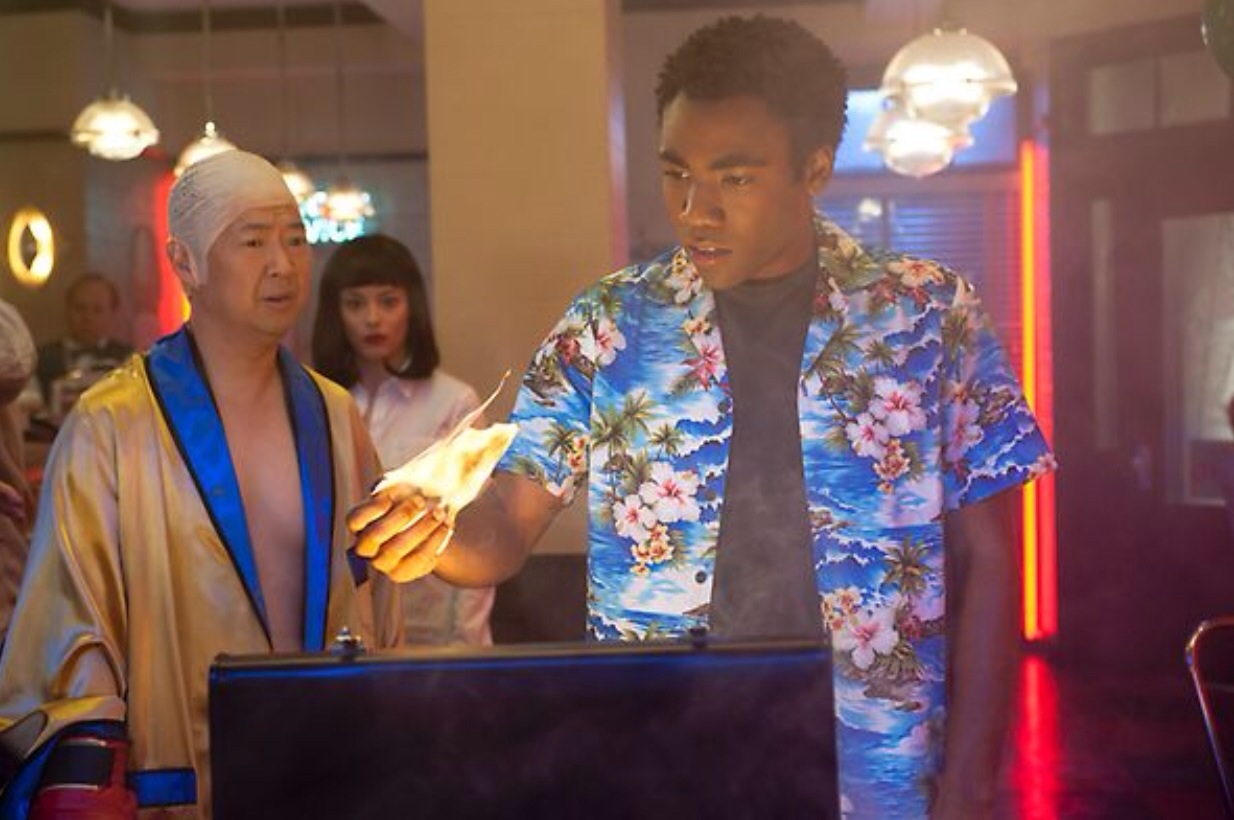 This is one of my all-time favorite episodes. It's Abed's birthday, and while most of the gang waits at a diner for his Pulp Fiction-themed surprise party, Abed has sidetracked Jeff for a fancy dinner in an attempt to have a "meaningful conversation." Danny Pudi's transformation from his usual autistic, pop culture reference machine to well-mannered, efette schmoozer is an absolute joy to behold, and this might be the best example of the show's ability to portray sharp comedy and emotional earnestness simultaneously. 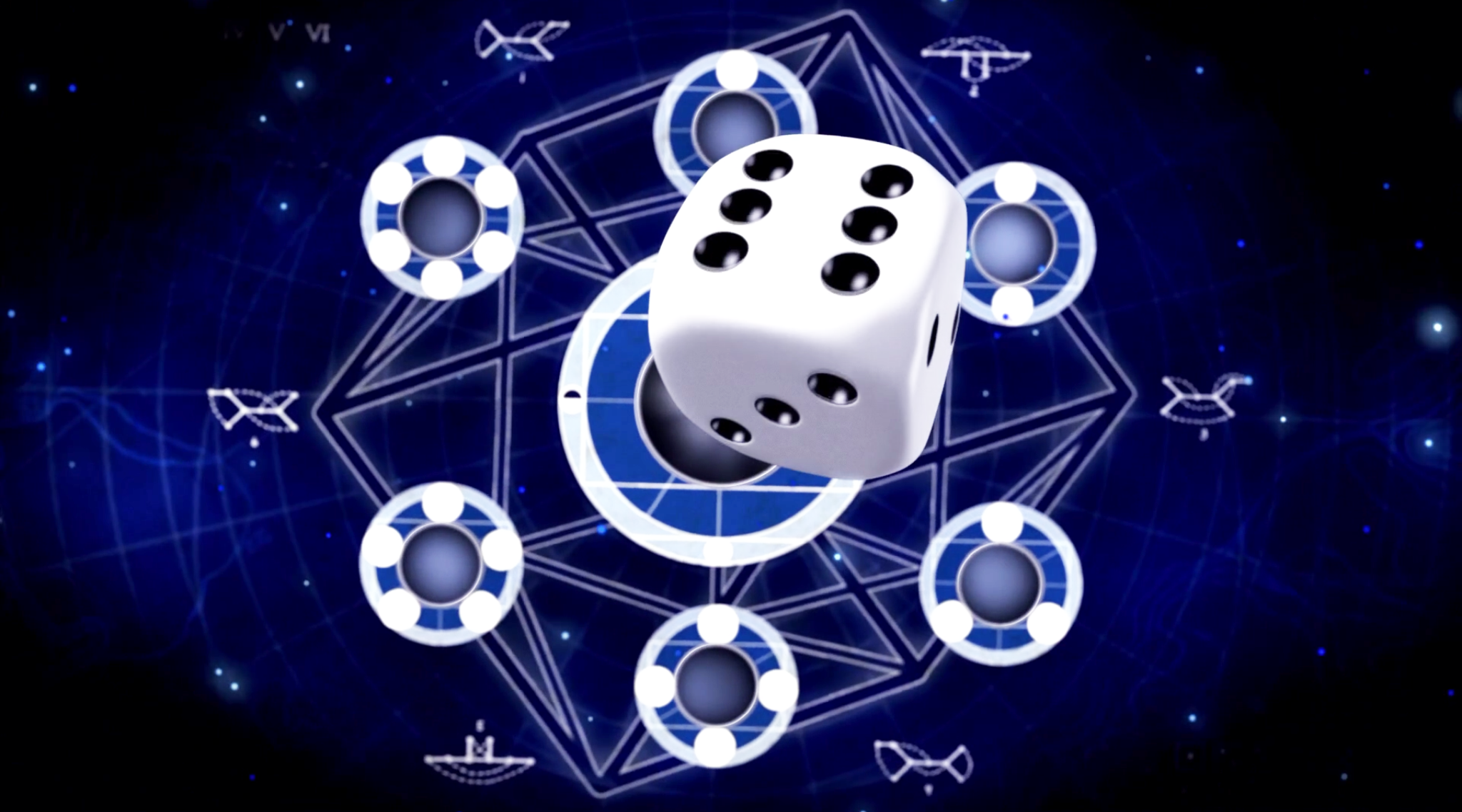 An absolute all-timer and probably the show's single greatest contribution to pop-culture at large. Troy and Abed's housewarming party branches off into a series of parallel timelines based on which member of the group goes downstairs to meet the pizza guy. The jokes come fast and furious, escalating into one incredible moment of sheer and absolute, well, chaos. But it's the episode's tag scene that's legendary, in which the characters of one iteration don felt goatees and declare themselves The Darkest Timeline, a joke which has been widely adopted throughout Twitter in the intervening years and is getting even more play in the era of Donald Trump, Covid-19, and Murder Hornets. Honestly, who can argue? 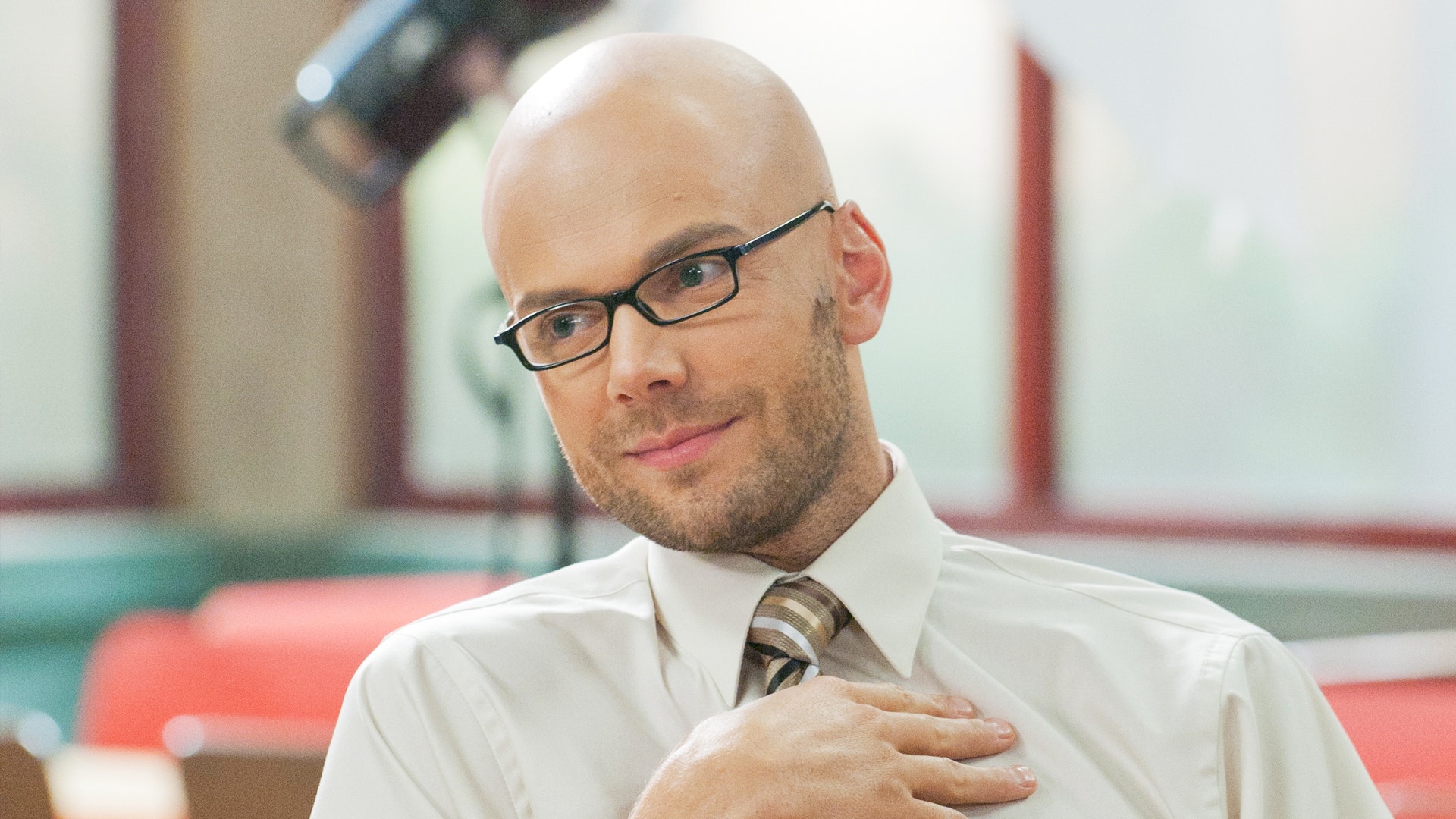 Abed documents Dean Pelton's attempt to shoot a new TV for commercial for Greendale which spins out of control when the school's most distinguished alumnus, Luis Guzman, volunteers to appear in the spot. The episode is styled after the documentary feature Hearts of Darkness, detailing Francis Ford Coppola's attempt to film the war epic Apocalypse Now. Every character is pushed to the absolute breaking point in this one, and while the regular cast gets plenty of chances to shine (Jeff's portrayal of the Dean and the many attempts at Troy and Britta's onscreen hug are standouts) really this is a showcase for Jim Rash as the increasingly unhinged Dean Pelton, who would eventually transition into a regular cast member and one of the show's most beloved characters. 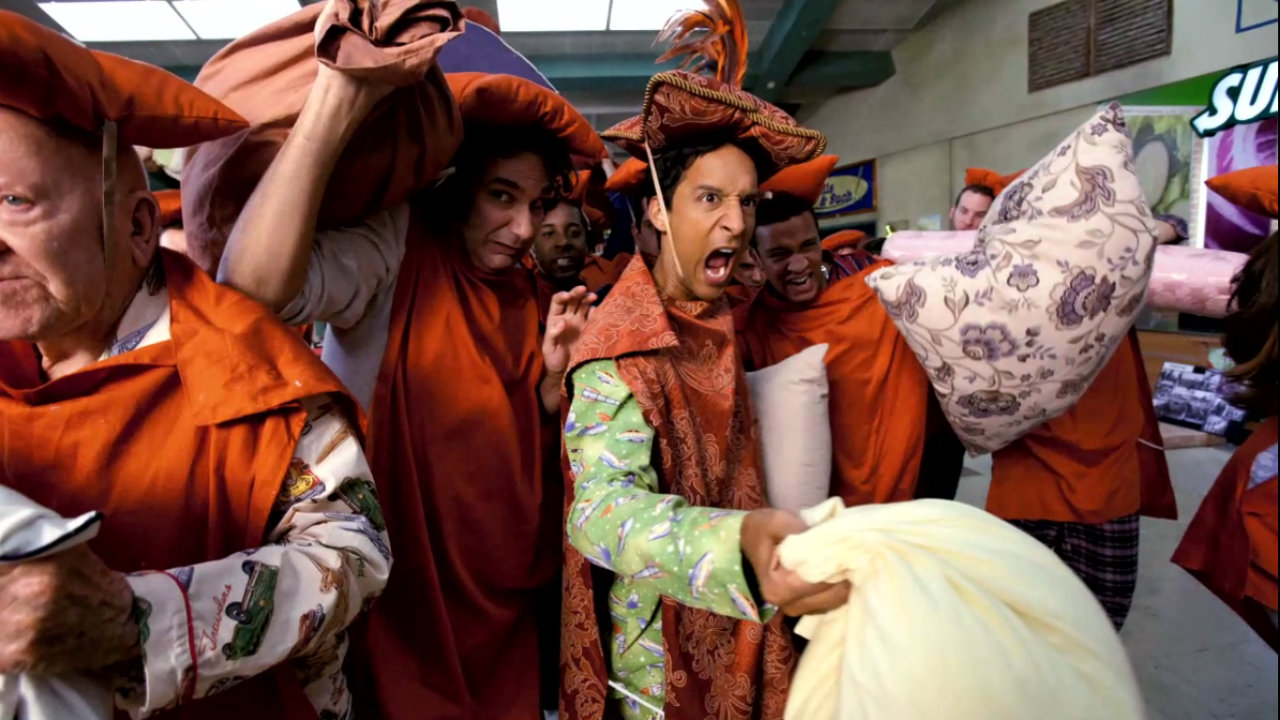 This is part two of a sequel episode in which Troy and Abed build rival pillow and blanket forts, as depicted through the lens of a Ken Burns-style documentary complete with voice cameo by Burns himself. (Go ahead and bask in the absurdity of that sentence for a minute.) It's a strong and clever send up of over-serious historical documentaries, but it also serves as the climax to season 3's long simmering fissure in the friendship between Troy and Abed, which plays out beautifully in the end thanks to a pair of crumpled "friendship hats." 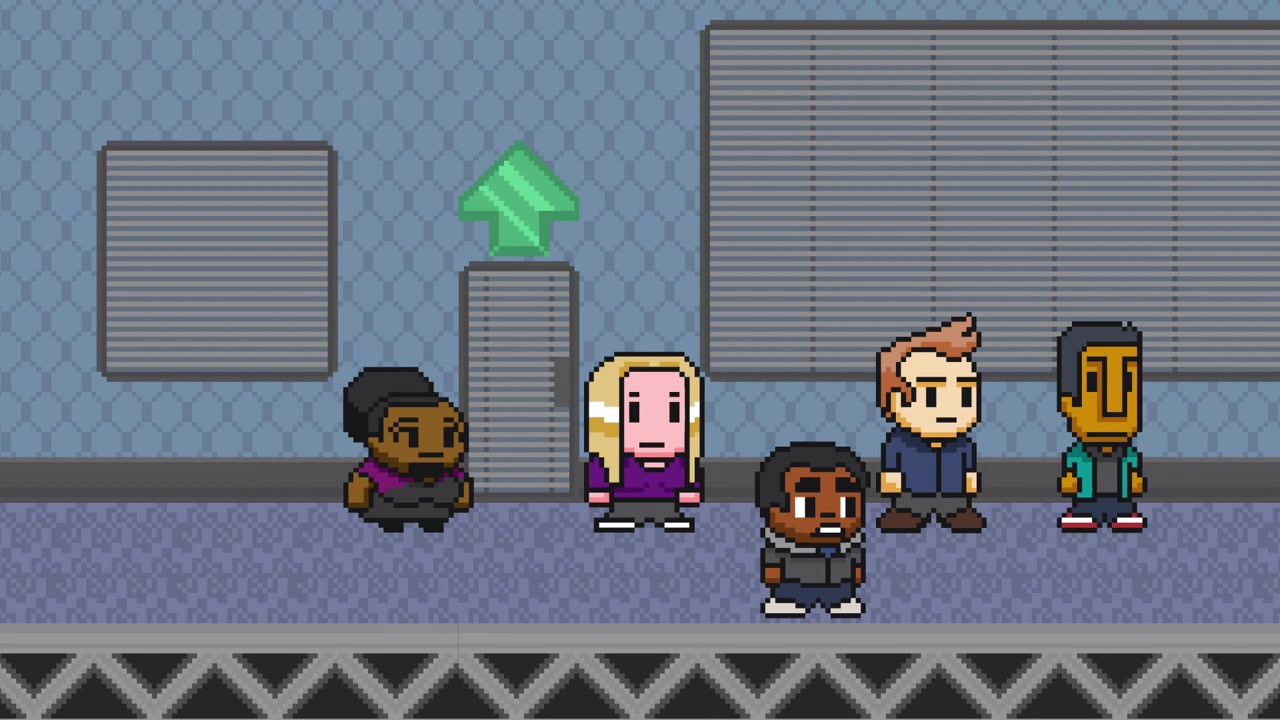 Pierce's racist, ivory-toupeed father died back in Episode 6, and now in order to claim his inheritence Pierce and the gang must play a cooperative 16-bit video game against Pierce's half-brother Gilbert, played by Gus Fring himself, Giancarlo Esposito. Most of the episode consists of gameplay while the study group chats over headsets - it's a visually inventive break in the format and a joy for anyone who ever spent hours of their life trying to beat a Super Mario Brothers game. 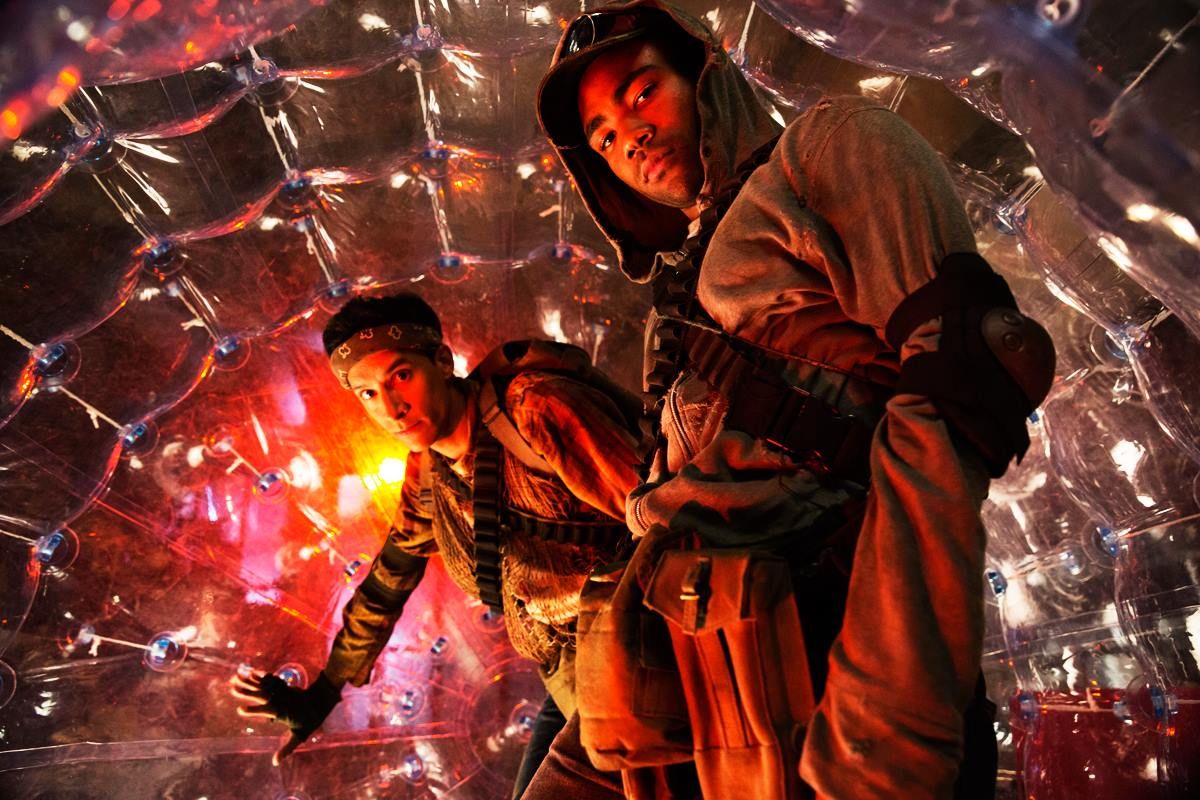 Following the "Gas Leak Year" (i.e. the largely uneven season 4 in which Dan Harmon was fired and the show morphed into a pale imitation of itself) the show quickly began to hemorage core cast members. Chevy Chase and Yvette-Nicole Brown both exited the show with little fanfare, but Donald Glover's departure was marked with this emotional send-off, in which the whole school plays a massive game of Hot Lava and Abed has trouble saying goodbye to his friend. It's both funny and heart-wrenching, and while there are some strong episodes that followed, this really marked the beginning of the end for Community. 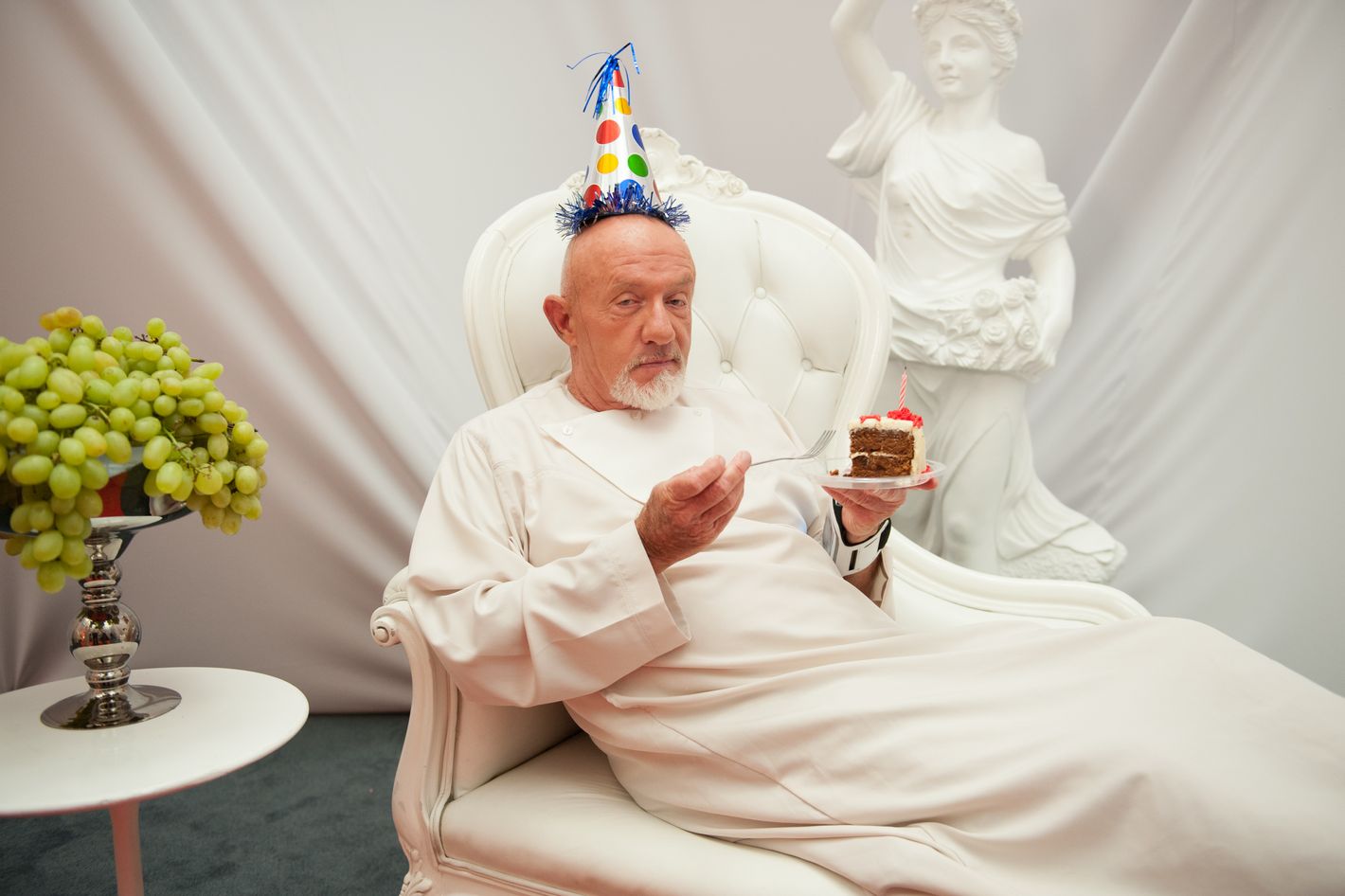 One of the strongest episodes from the show's last season on network television. Greendale agrees to beta test MeowMeowBeanz, a new app that lets you rate your friends the way you rate your Uber driver. (It's like that episode of Black Mirror with Bryce Dallas Howard except Community did it first.) Eventually the entire campus descends into a parody of Logan's Run-style post-apocalyptic societies, complete with top-notch wardrobe and production design. The other highlight here is the introduction of Coogler, who exists as riff on the stereotypical "cool guy on campus" and is played by Arrested Development creator Mitch Hurwitz. The episode's tag, a trailer for an 80's campus comedy starring Coogler, is one of the show's best. 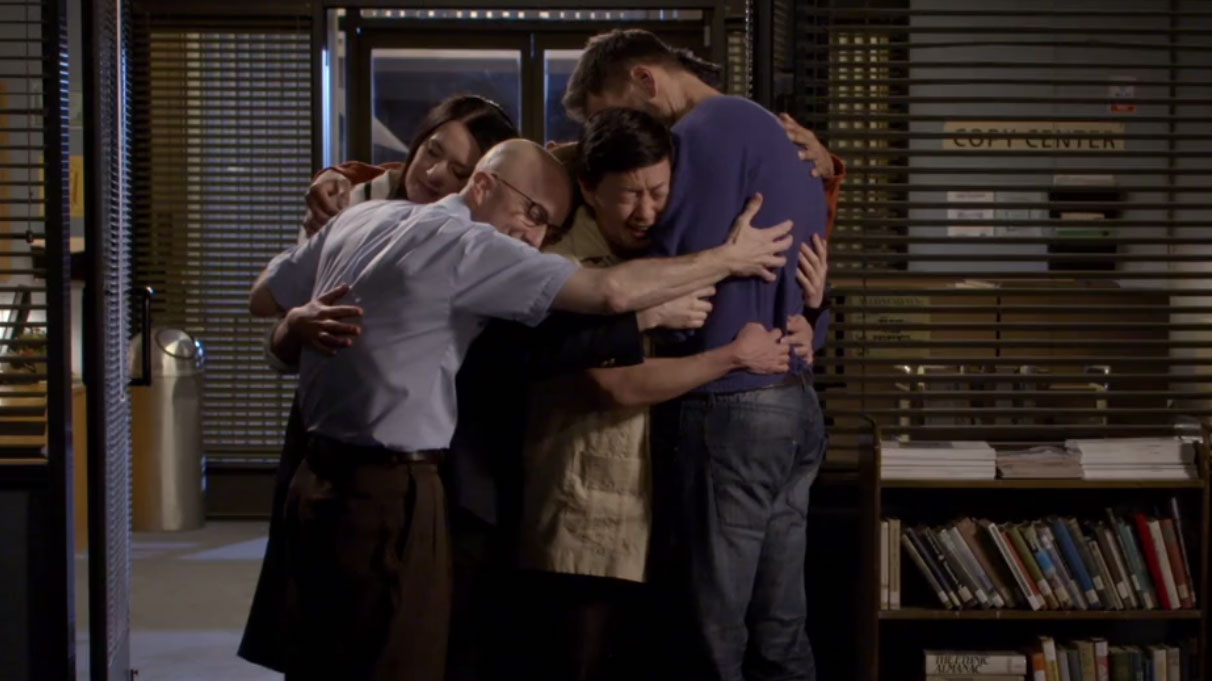 Series finales are hard, even when you know it's time for a show to end. You can't help but be left wanting more, wondering what would eventually become of your favorite characters. Community cleverly tackles this problem head-on, spending it's last episode giving each character the chance to pitch a theoretical Season 7 for the show. We even meet a new claymation character voiced by Rick and Morty co-creator Justin Roiland, basically doing his Morty voice. But the closing moments manage to hit just the right bittersweet emotional tone that will leave you hoping that someday the promise of #sixseasonsandamovie will be fulfilled.